When it comes to media distribution, H.264 still reigns supreme (yes, H.265 gets a little closer every day, but not yet!). Premiere has always given you the most in-depth options and settings of any major NLE when it comes to exporting, but sometimes, too much can be a bad thing!

For years, what has driven me nuts about Premiere’s H.264 export settings (prior to the 2018 release, that is) was that despite H.264 being so omnipresent and common and accessible, its preset list for the codec were a MESS. The list was confusing (it was nearly 200 items long, and some might think you needed to create different H.264 files for different devices by the way the list was structured) and it was outdated (the last iPhone referenced in the list was an iPhone 5s!).

Luckily, much of this has been rectified with the 2018 release. Now when you visit the H.264 preset list you’re presented with a much shorter list of options:

In the past, I usually recommended to most users that if you had no idea which option to choose, that the default “Match Source - High Bitrate” option was a safe one that worked in most cases. This proved true most of the time, but had one epic pitfall. It was a terrible choice for 4K video.

You see, “Match Source - High Bitrate” targeted 10 Mbps (that’s 10 megabits not megabytes). This was usually decent quality for HD video for most distribution scenarios like streaming on the web or showing the video on a projector or TV. But the problem is that 4K video has four times as many pixels. So suddenly, those 10 megabits per second had to be spread over four times as much area, resulting in something that was about one-quarter the quality!

Enter Adaptive Bitrate. Now you have three new options “Match Source - Adaptive High(/Medium/Low) Bitrate.” The adaptive high bitrate setting is my new go-to recommendation for most scenarios as it will adapt the bitrate based upon the resolution of your sequence (real shocking description, I know!).

Let’s say you took a single clip and had two versions of it, a 1920x1080 version and a 4K version. Next let’s say you made two sequences that matched each clip’s resolution settings and dropped each clip in its respective timeline (the New Sequence from Clip command would work wonders here!). Finally, if you went to the Export Settings window for each and selected Match Source - High Bitrate (which has been available for years), they would report an identical Estimated File Size (show at the bottom of the Export Settings window).

However, if you chose “Match Source - Adaptive High Bitrate” (the new setting), you would see that the 4K sequence would report an Estimated File Size four times as large as the 1080 sequence. This is because this preset calculates the bitrate based on the number of pixels in the sequence! Keep in mind that the bitrate changes not because the actual media was a different resolution, but because the sequence settings were different. Technically in my example, I could’ve just used the identical clip (regardless of resolution) and made two different sequence sizes and the same result would have occurred.

Of course all these presets aren’t magically doing anything that you don’t already have granular control of. Remember, that all presets do is tweak some of the variables/settings for you found down below in the Export Settings window under the Video tab (and some other tabs in some cases). 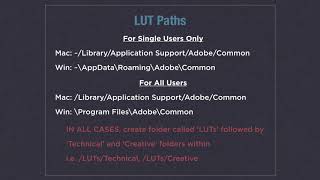